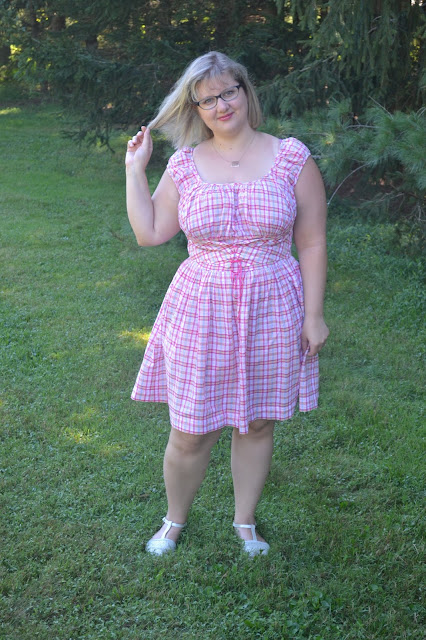 I've made a lot of dresses this summer and blogged only a few. Mostly because I've been taking pictures and then they don't look as good as I thought they should. So I'm just gonna show this dress even though the pictures aren't top notch. 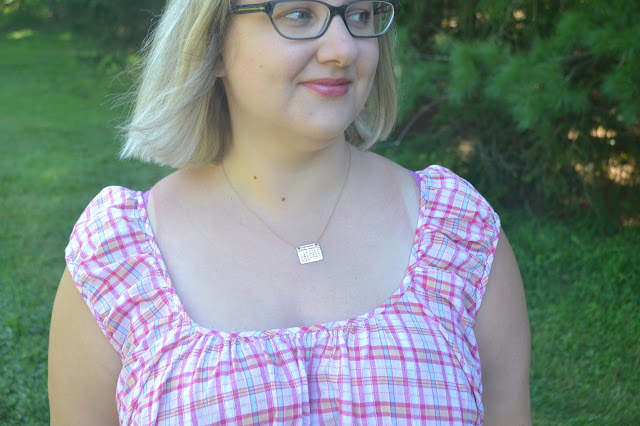 This dress is Butterick 6322, another dress from Gertie's pattern line. I really like the corset detail and the waist and the peasant style bust. 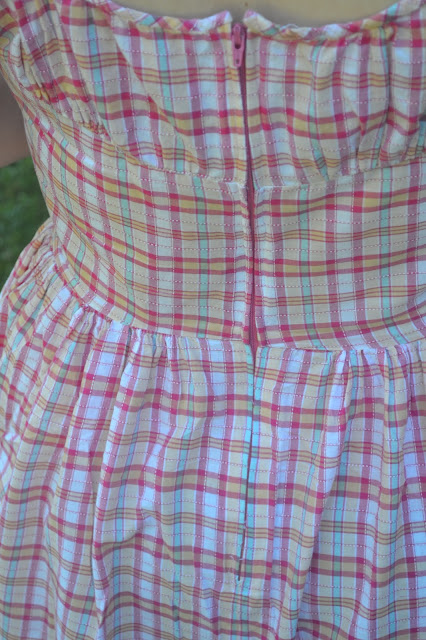 I spent most of the time on this dress plaid matching. The fabric is a very light-weight almost seersucker cotton. It matches up on all the sideseams, the entire center back and the corset part is cut on the bias, and the plaids match there too. 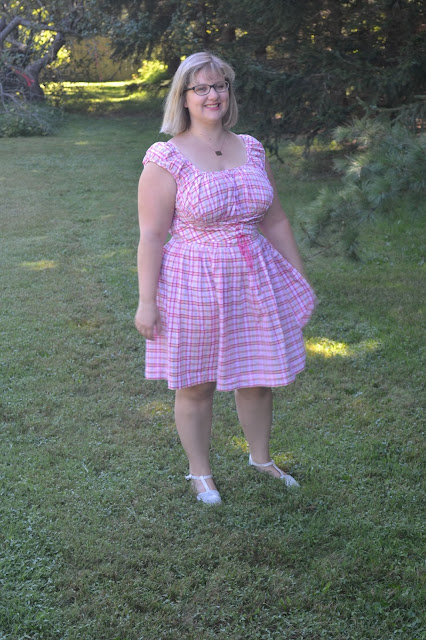 I added 2.5" to raise the bust, otherwise it would have been quite indecent. It does fall off my shoulders a little bit so I would gather the neck a little more and make the bias tape a little shorter to compensate. I also had to hem it twice, the first time it was way too long and unflattering. 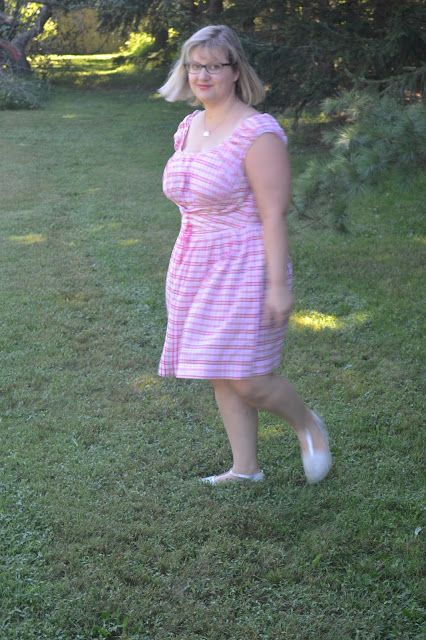 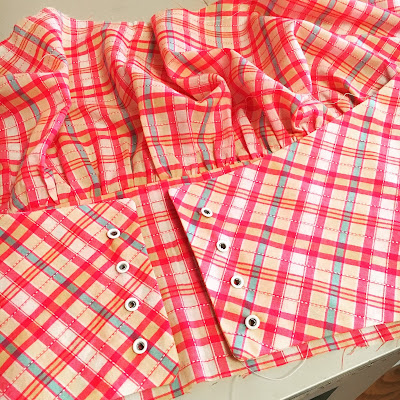 Adding the grommets to the corset was easy, except that I felt they were a little loose and went back and hammered them on a hard surface and half the paint fell off. Then it was hard to get the ribbon I originally picked out to fit. I used an 1/8th inch ribbon in hot pink. 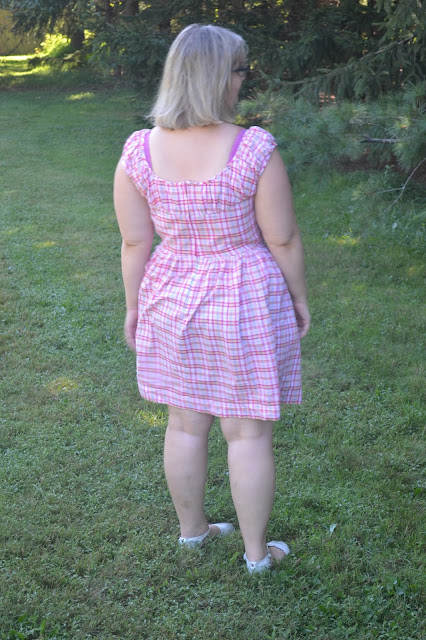 I sewed this dress in under 24 hours in the beginning of the summer so I guess it was quite easy.  I've been wearing it once a week all summer, so its been a successful make.