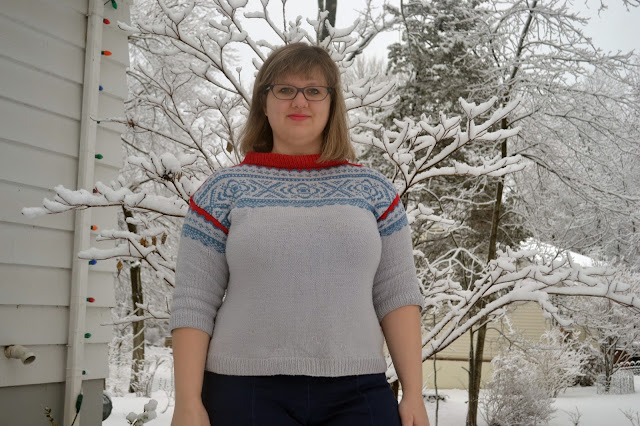 Hey! I finished a sweater.  When I saw the Ebba Sweater while perusing Raverly for a new project it was true love. So much so that I immediately bought the pattern and the same yarn in the same colors. The pattern and they yarn are both from Quince & Co, which was a new to me yarn brand that I was very happy with. 100% made in America yarn, at a reasonable price, yes please.

The yarn is called Chickadee which is a sport weight wool yarn, very classic and old school. I really liked how it knit up, and looked even better when it was blocked. I was surprised when the yarn was delivered that the lightest color was a light blue not a whiteish color like it looks like in the pattern picture. 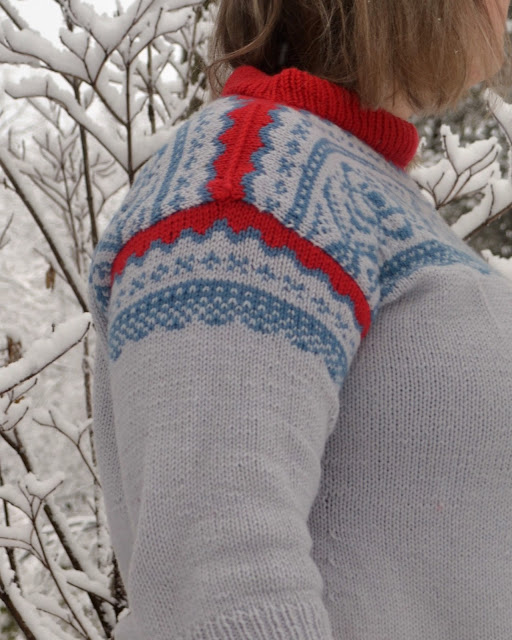 This sweater was my first time steeking! I was a little hesitant at first but then found it to be super easy. Steeking is basically knitting a tube and then cutting it open later to insert the sleeves. That first little snip really got my heart pumping! 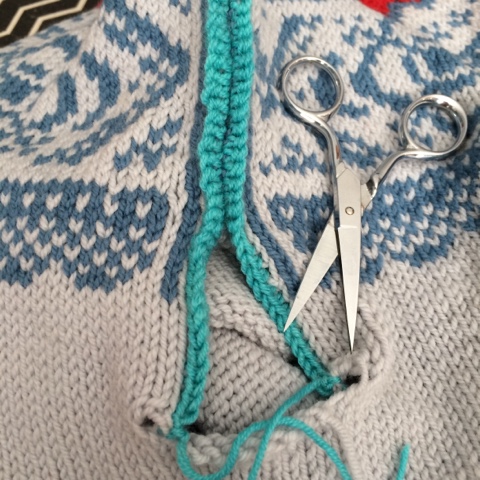 The biggest problem I had with this sweater was the amount of yarn it called for. I bought exactly what the pattern called for (knowing it was way too much) knitted with the correct gauge and ended up with FIVE extra skeins of yarn. My size told me to buy 10 skeins of the light blue, 2 of the dark blue and 1 red. I had 4 of the light blue left and 1 dark blue. GRRR. I contacted Quince and co and they fixed the yarn amount and let me exchange the yarn. I just hope that since it was a pattern released by the pattern company they weren't inflating the numbers to sell more yarn. 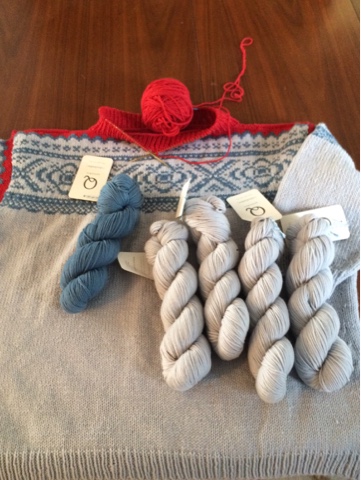 Anyway, this is a super cute pattern and a great intro to steeking with instructions and an online tutorial too! It's warm without being hot, and so far has washed really well. I took these pictures when the snowfall was pretty in the morning before melting away in the afternoon. This winter has been weird. 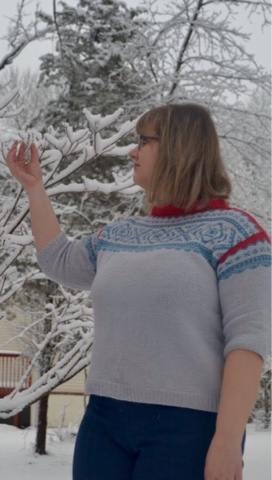